PLEASE CONTACT US
PLEASE CONTACT US
As the name suggests, this six cylinder Alfa Romeo 6C 2500 SS is a super sport which date back to 1952, It gets its name from the Italian Concours, Villa d’Este and
was won by the first of 25 examples.

Chassis number 915.925 is the last hand made aluminium Alfa by coach builder and designer Andeloni, owner of Touring in Milan.
Superlight = Superleggerra
Note the front and rear windows which do not have decoration strips, but a polished part of the aluminium bodywork. Designed as a promotional circuit car, it has participated regularly at Mille Miglia since 1990. And the first International Concours in St Petersburg, Russia in 2013. This example has won various prizes at concourses in Kuwait. 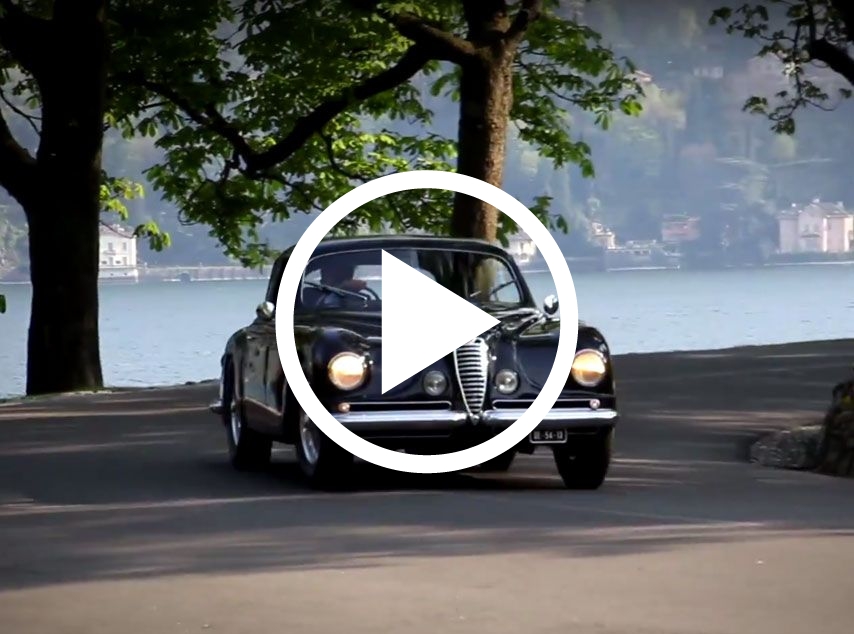 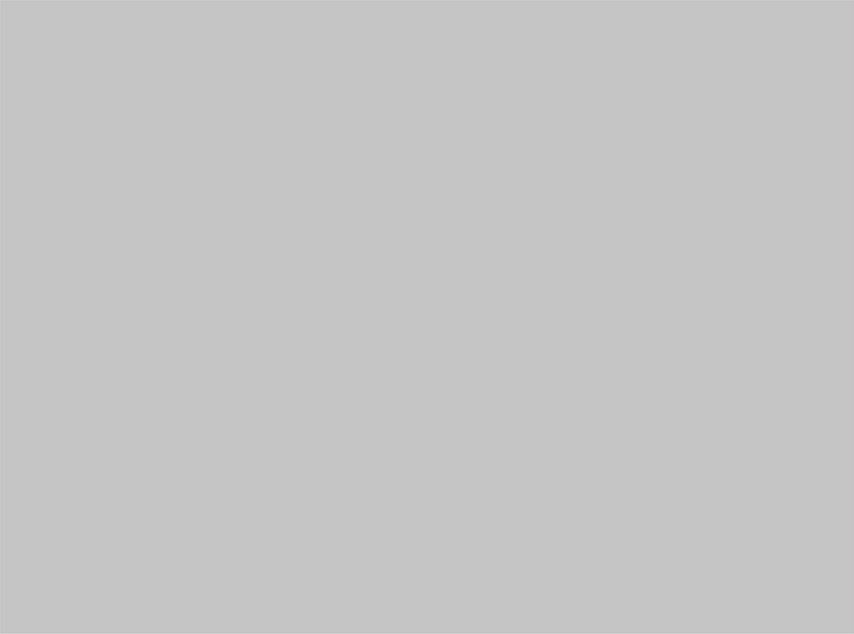 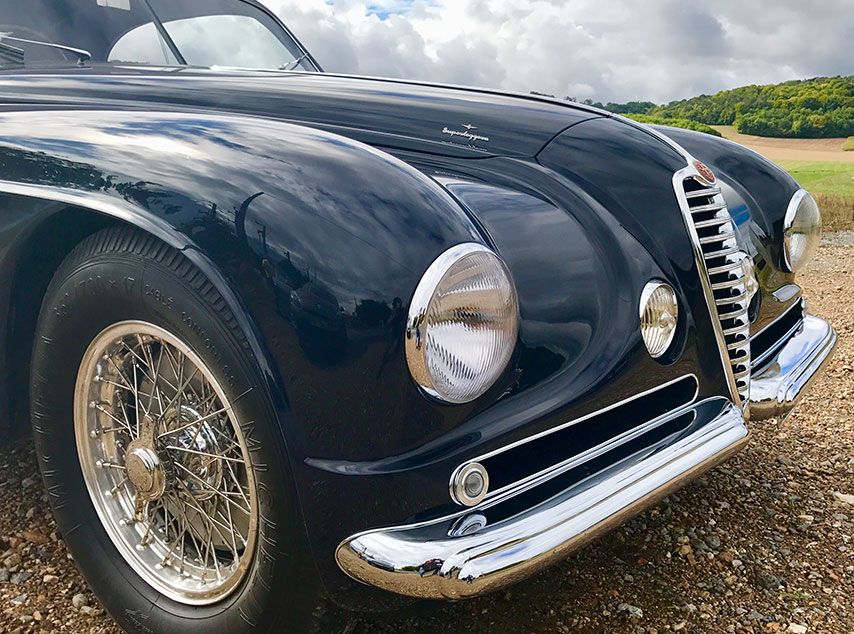 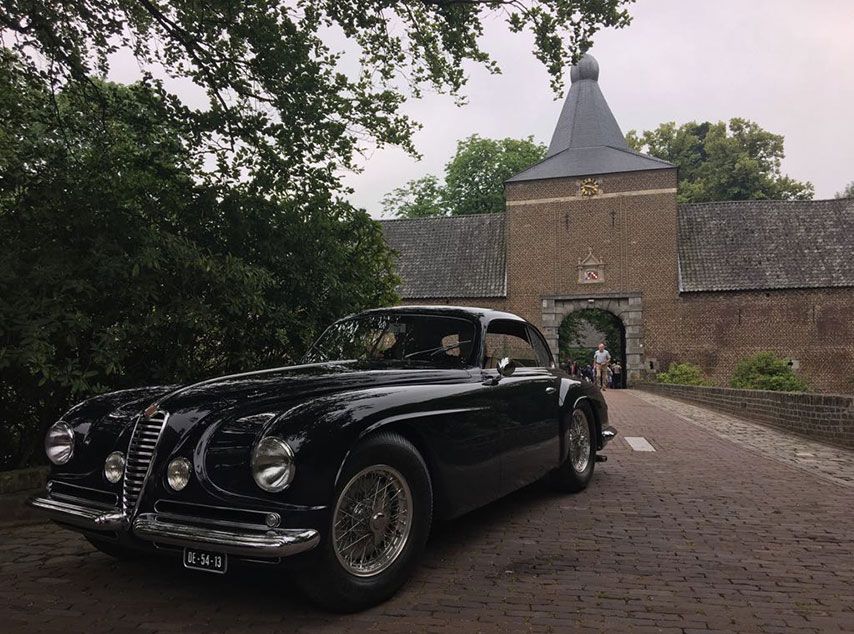